When Trying to Find a Good Idea for Your Book Title | Here's What to Do? 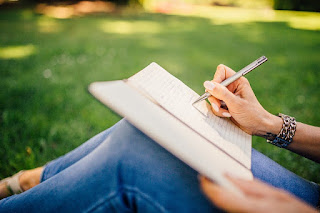 Go into a bookstore and browse through the titles in the bestseller section. Book publishing companies hire high-priced people to come up with a title or “headline,” because book publishing is a big business; therefore a lot of contemplation goes into making their titles as commercially-viable as possible. Many well-known and highly successful books started out with other titles. According to Dan Poynter, the father of self-publishing:

While you are at the store, notice how the other browsers pick up a book, scan the front and back cover, and then put it down again before going on to another book. The whole process takes about two seconds each. That’s all of the time you have to make an impression on a potential reader. In those two seconds, you must appeal literally to three of the five senses that human beings have, sight, speech, and hearing, and figuratively to the last two, touch and smell.

1) Sight: When someone first comes in contact with your book’s title, it is usually by seeing it on the front cover. So your title must  be aesthetically appealing.

2) Speech: If a person stumbles over the words, it will add to the difficult in marketing your book. Even if you are writing only for family members and friends, and you are giving away your book for free, there is still an element of marketing.

3) Sound: Business philosopher Jim Rhone says in order to have effective communication, you must “Have something good to say,  say it well and say it often.” Your title will be heard often, but will it be good and will it be said well?

4) Touch: Touch also means to “relate to” or “to have an influence on.” Figuratively, your title must allow itself to touch or be touched by being able to relate to your readers or have some type of influence on them.

5) Smell: Your title should figuratively give off an aroma. In other words it should project “a distinctive quality or atmosphere.” If     the aroma the title gives off suggests that very little thought or concern was given to it, people will assume that the rest of the     book is the same way.

Email ThisBlogThis!Share to TwitterShare to FacebookShare to Pinterest
Labels: book title idea, finding a title for your book