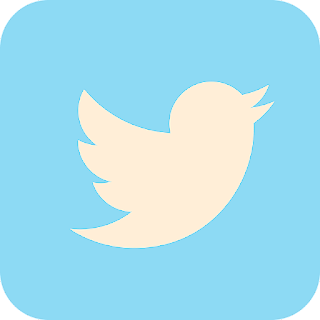 Twitter is much like other social networks, in that its success depends on the depth of relationships that you are able to build with those that follow you. While there is merit to having a large number of followers, it is much more important that there is a connection with whom you are connected.

It is better to have 100 people who follow your words closely and re-send your thoughts, rather than 10,000 that do not truly pay attention to what you say. Therefore, do not be discouraged when you hear that a business owner or their company has more Twitter followers than you have. Is the depth and quality of relationship that truly matters.

Twitter has evolved since it began to take hold of the habits of those working in the social media space. While it started out as a way to hold conversations in brief sentences, it has turned into a way for everyone to report their own news.

Instead of the old/original way of simply Tweeting links, a Twitter user can now send their followers photographs and videos allow with their message. In addition to this, Twitter has made it easy for users to look at the flow of statements and related replies. In effect, Twitter now has a system of discussion threads that are easy to discern by looking at them.

What does this mean for your business? As is the case with every social network, you need to know if your customer spends their time using twitter. It takes time to develop a quality following. And it takes time to get that following engaged and listening to what your company would have to say. You will not want to invest time in developing a following of people that will never buy from you.

If you have an e-mail database, start by finding out if your buyers use Twitter. Be careful in how you word your questions. You don't want to know whether or not they have a Twitter account. You’ll want to know if they use Twitter in their everyday life. As has been stated elsewhere, spend your time on the one or two social networks where your customer has proven that they spend their time.

Once you determine that customers and prospects are spending time using Twitter, then you'll want to get them connected to your profile. Use every available channel that you have to contact them. Use your e-mail marketing list. Use the other social networks that you frequent. Use videos, podcasts and blog posts to communicate a call to action to your prospects. The call to action doesn't have to be elaborate. It can be as simple as, "Follow us on twitter".

Once you develop a following, then you'll want to do things to keep them engaged. The key in using Twitter, is to hold a two-way conversation with those following you. Therefore, when someone sends you a message (Tweet), answer it directly. If you use your Twitter account solely as a way to broadcast your message, you'll be missing out on an opportunity to demonstrate ways that your company stands out.

Social Media provides you every day opportunities to have one-on-one conversations in the sight of the entire world. Twitter is the same. Every reply that you make to a user is your opportunity to speak to them directly, while knowing that you will be speaking indirectly to potential customers.