Affiliate Network - Do I Need One? 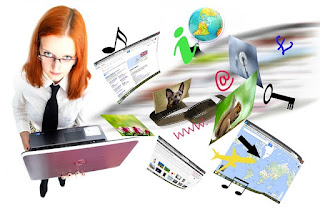 The affiliate has a choice. They can either work with multiple merchants, or they can work with an affiliate network. So why should a marketer want to work with an Affiliate Network?

I remember a friend told me a story awhile back. He had built a small website and had signed up to become an affiliate at a stack of different affiliate programs related to the topic of that site. A few weeks after he had set up the site including links and banners from multiple affiliate programs, he turned his attention to other business interests and lost interest in the site.

A few months later, he noticed that a few checks had started arriving from the affiliate programs he had joined up with. Not large checks, but amounts for a few dollars here and there. That was his first problem – as he was living outside of the USA, lots of small amounts result in lots of bank charges. (Which makes me ask - Why can’t all countries allow affiliates to bank checks at NO CHARGE?)

Nevertheless, the checks continued to come in, and although some of them were posted on his wall as they were so small he couldn't bank them, he wasn't complaining as he was making money he hadn't expected. It turned out that his site had ranked high up on specific keywords in a major search engine, and he was receiving a fair amount of targeted traffic for free. A few months after that he decided to log into all the affiliate accounts he had registered with, and noticed that some of them had not paid him as the amounts were too small, some of them hadn't paid although they should have, and some even showed that they had sent him amounts that he didn't recall receiving checks or EFT or paypal or any other payments for!


Also, once you work with one campaign in an affiliate network, the other campaigns work in a similar if not identical way – the tracking is the same method, the place you pull the creatives from is the same, the way you check your stats is the same – and nearly always, all of this can be achieved by logging into one backend site rather than many different sites.

So now you are working with one log-in, where you can really get to understand the system.

Of course, once you become a professional super whaling affiliate (the type that lies on the beach while the money pours in – HAS ANYONE REALLY ACHIEVED THIS? Watch this space for a future story about the affiliate beach goers!), you'll need specific campaigns to promote, and that is why, even the best of affiliates belong to multiple affiliate programs and affiliate networks. But this presents even more problems.

So my advice when starting out is to choose one or 2 affiliate networks, become familiar with their system, build up a relationship with the affiliate manager, test out the different campaigns they have, and let them help you achieve the success and results you want to achieve.

To find the best home based business ideas and opportunities so you can work at home --visit the website resources below: